A Saigon Moment in the Hindu Kush

And it’s all over

For the unknown soldier

For the unknown soldier

The Doors, “The Unknown Soldier”

Let’s start with some stunning facts on the Afghan ground.

The Taliban are on a roll. Earlier this week their PR arm was claiming they hold 218 Afghan districts out of 421 – capturing new ones every day. Tens of districts are contested. Entire Afghan provinces are basically lost to the government in Kabul, which has been de facto reduced to administer a few scattered cities under siege.

Already on July 1, the Taliban announced they controlled 80% of Afghan territory. That’s close to the situation 20 years ago, only a few weeks before 9/11, when Commander Ahmad Shah Masoud told me in the Panjshir valley , as he prepared a counter-offensive, that the Taliban were 85% dominant.

Their new tactical approach works like a dream. First, there’s a direct appeal to soldiers of the Afghan National Army (ANA) to surrender. Negotiations are smooth and deals fulfilled. Soldiers in the low thousands have already joined the Taliban without a single shot fired. 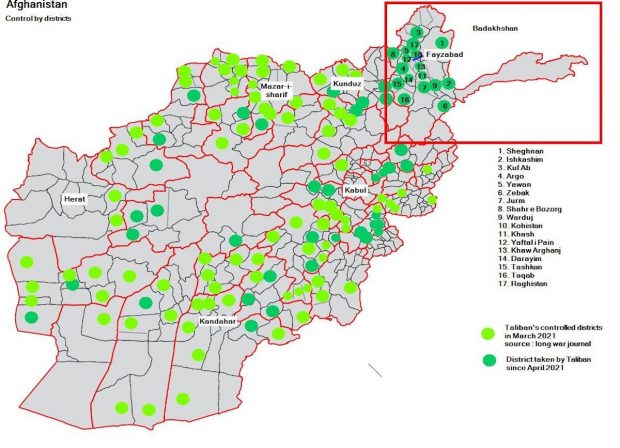 Mapmakers cannot upload updates fast enough. This is fast becoming a textbook case of the collapse of a 21st-century central government.

The Taliban are fast advancing in western Vardak, easily capturing ANA bases. That is the prequel for an assault on Maidan Shar, the provincial capital. If they gain control of Vardak, then they will be literally at the gates of Kabul.

After capturing Panjwaj district, the Taliban are also a stone’s throw away from Kandahar, founded by Alexander the Great in 330 BC and the city where a certain mullah Omar – with a little help from his Pakistani ISI friends – started the Taliban adventure in 1994, leading to their Kabul power takeover in 1996.

The overwhelming majority of Badakhshan province – Tajik majority, not Pashtun – fell after only four days of negotiations, with a few skirmishes thrown in. The Taliban even captured a hilltop outpost very close to Faizabad, Badakhshan’s capital.

I tracked the Tajik-Afghan border in detail when I traveled the Pamir highway in late 2019. The Taliban, following mountain tracks on the Afghan side, could soon reach the legendary, desolate border with China’s Xinjiang in the Wakhan corridor. 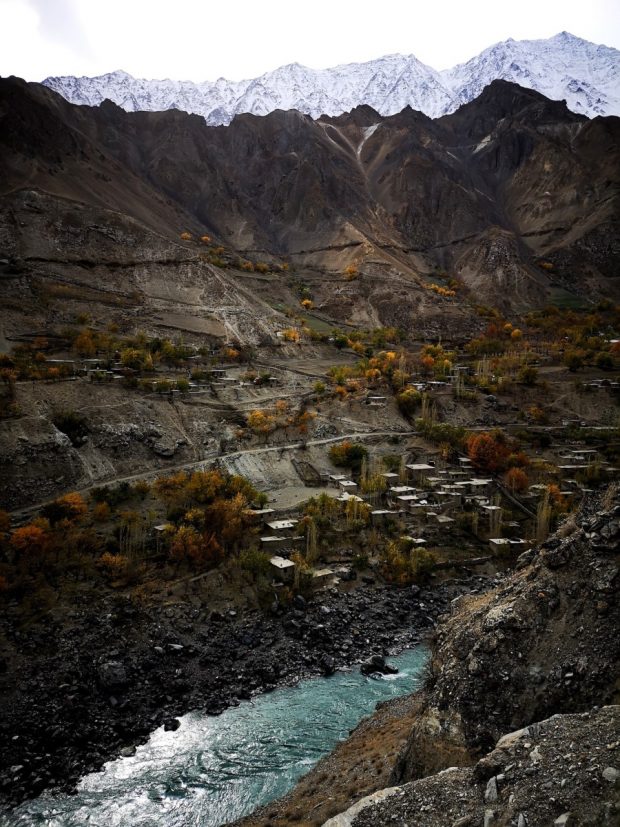 The Taliban are also about to make a move on Hairaton, in Balkh province. Hairaton is at the Afghan-Uzbek border, the site of the historically important Friendship Bridge over the Amu Darya, through which the Red Army departed Afghanistan in 1989.

ANA commanders swear the city is now protected from all sides by a five-kilometer security zone. Hairaton has already attracted tens of thousands of refugees. Tashkent does not want them to cross the border.

And it’s not only Central Asia; the Taliban have already advanced to the city limits of Islam Qilla, which borders Iran, in Herat province, and is the key checkpoint in the busy Mashhad to Herat corridor.

The extremely porous, geologically stunning Tajik-Afghan mountain borders remain the most sensitive case. Tajik President Emomali Rahmon, after a serious phone call with his Russian counterpart Vladimir Putin, ordered the mobilization of 20,000 reservists and sent them to the border. 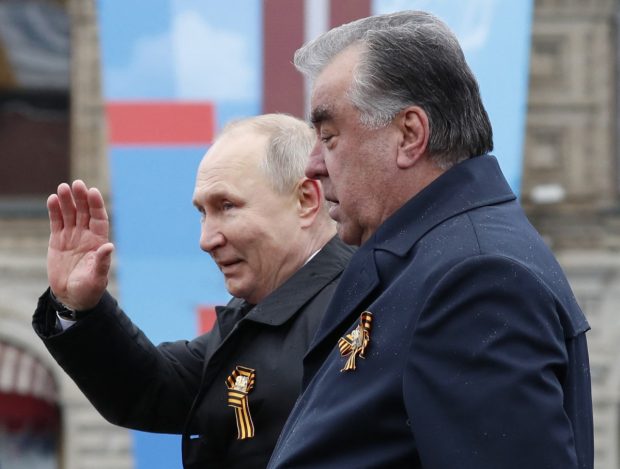 The Taliban, for their part, officially declared that the border is safe and they have no intention of invading Tajik territory. Earlier this week even the Kremlin cryptically announced that Moscow does not plan to send troops to Afghanistan.

A cliffhanger is set for the end of July, as the Taliban announced they will submit a written peace proposal to Kabul. A strong possibility is that it may amount to an intimation for Kabul to surrender and transfer full control of the country.

The Taliban seem to be riding an irresistible momentum, especially when Afghans themselves were stunned to see how the imperial “protector,” after nearly two decades of de facto

Joe Biden’s Executive Order on ‘Promoting Competition’ Covers Everything From Farmers Markets to Net Neutrality Thanks to Federal Megaspending, the Trade Deficit Has Only Gotten Worse

The case for mandatory vaccinations – The Week Magazine

Want to know how they’re getting that ‘99% of hospitalized are unvaccinated’ figure? They’re using data all the way back to January, before the majority were even vaccinated.