Climate alarmists are celebrating the 33 years that have passed since the June 23, 1988 Democratic Senate Committee on Energy and Natural Resources hearing that opened the door on global warming climate alarmism with testimony from Committee Democratic Senators and supposed “experts” sharing their speculation of sensationalized doomsday perspectives allegedly caused by increasing global CO2 emissions. 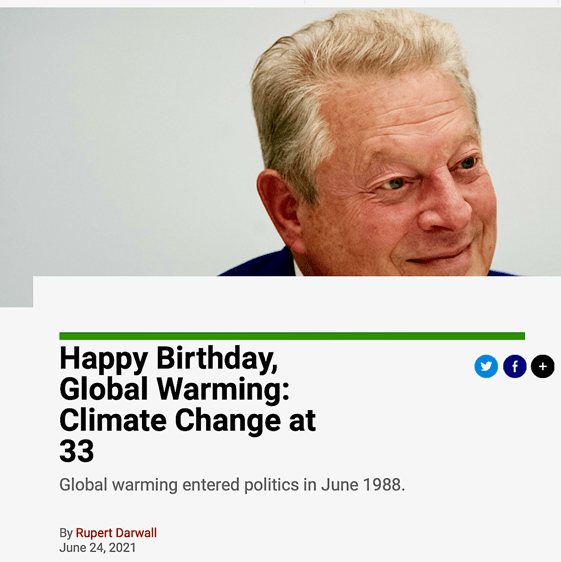 A detailed review of the testimony from that hearing after 33 years of recorded climate history reveals a litany of the hearings flawed and failed speculation, conjecture and predictions of climate outcomes establishing the fact that the hearing got everything wrong from start to finish and in fact represents a celebration of an extraordinary number of failed predictions. 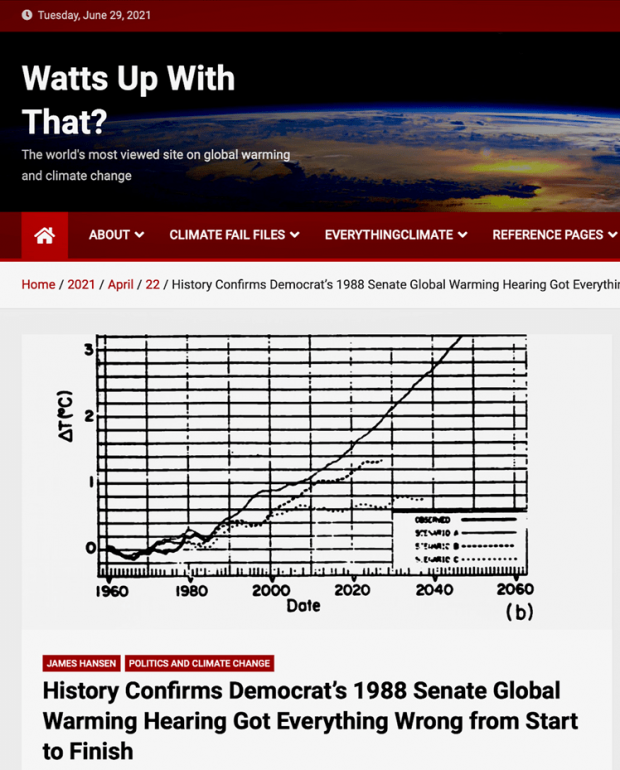 At the time of the hearing some regions of the Midwest and Southeast were undergoing a severe drought which led many Democratic Senators and other “experts” to exploit this circumstance (as they always do with normal weather events including droughts in the U.S. West this year) and offer extensive speculative claims that the U.S. could expect additional droughts and heat waves in the future because of growing global CO2 emissions.

The 33 years that have passed since then have proven these Democratic Senators and “experts” to be wrong with EPA and NOAA data clearly establishing that the U.S. and global droughts have not increased over this period and neither have